I shared some a data gronking script earlier today on culling through the Toastmasters International worldwide data at http://wiki.pachogrande.com/howto/tm---pulling-stats-from-educational-archive and thought that it might be interesting to highlight some information from this. 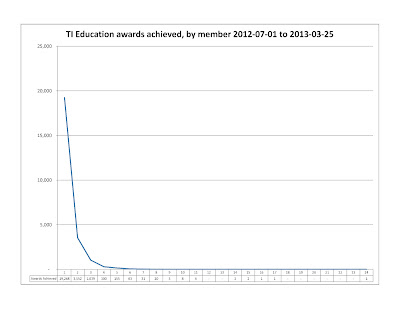 Click to enlarge graph above which includes data table for details.

Awards broken down by Type and Level:

By District, average 382 awards per District, standard deviation 178. My home district 21 is #5 in world thus far.

Educational awards by day of week: 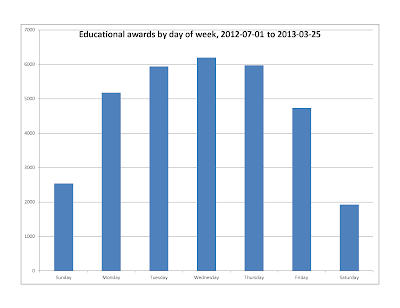