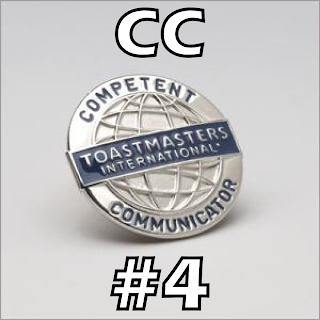 35 speeches finished. Drove into Quesnel Toastmasters last night and ended up doing a CC#10 speech which finished my fourth CC (or my third CC of this year). Used a different device on this one - opened with Troopers "Raise a little hell" which sounded like a good idea until I arrived for an Easter speech in a room full of Christians. Cut a couple lyrics and it went over OK. :)

Eight designations done which ranks me something like #45 in the world this year.

Starting my last AC manual for the year tonight. Feeling a bit drained as I didn't get back until midnight and then my newborn niece quit breathing last night so lots of drama. She's OK but as I said to my sister there is nothing like holding your limp non-breathing child to give you a sense of perspective.
Posted by Unknown at 9:21 AM