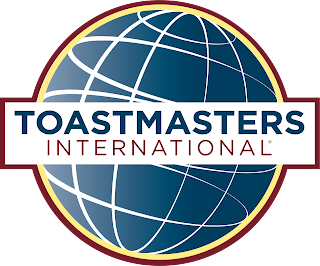 I visited Cariboo Toastmasters last night which was awesome! I've been enjoying popping into visit the group - got to see a CC#10 completed by Danielle, John Friesen came up from Vancouver to give an inspirational speech and Larry Luthor led by example and did yet another speech in his capacity as VPE.

By this Thursday I will have completed by sixth educational designation - my first New Competent Leadership award!

I'm halfway through my second Advanced Communicator Bronze for the year which will probably be #7.

I have two projects left to complete my Advanced Leadership Bronze which will be #8.

And I'm halfway through my fourth Competent Communicator which will be #9.

By my reckoning, I have about twenty meetings at PGTM left and about 12 more speaking engagements so I should easily be able complete on time. I figure as well I probably have half a dozen events I'm speaking at outside of the normal club meeting slots, ignoring the advanced Toastmasters club, so theoretically could gun for ten designations by year end.

I'm thoroughly loving pushing myself this year - has led to some sleepless nights and some anxiety before projects but I can't argue with the results. I'm #3 in the province for educational achievements as of today and hoping dearly that when I'm at 9 designations I'll be #1 in the province.
Posted by Unknown at 11:07 AM