Here are the parts that I used - picked up from my local Home Depot for ~$12: 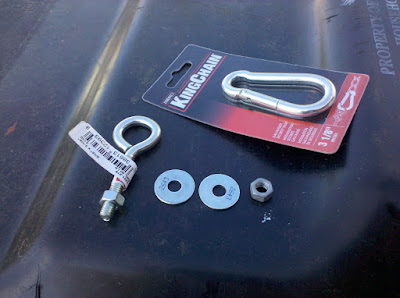 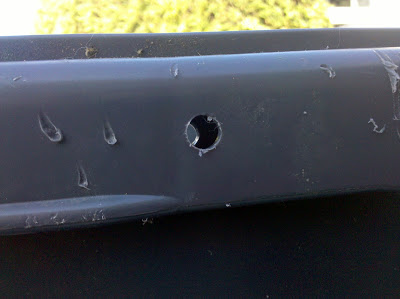 When I drilled my holes I used a 1/4" lip drill bit which is just slightly undersized (deliberately) for the size of the bolt. I then attached one fender washer to the eyebolt and advanced it through the hole. The hole was sized such that I had to turn the eyebolt to advance it forward - it was too snug to advance with force alone. 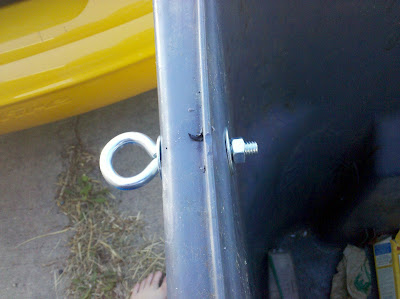 Once the eyebolt was through I then installed the second fender washer and the nut behind it. I used a crescent wrench and turned the eyebolt until the assembly fit together snugly. 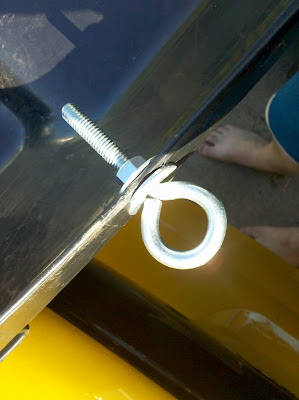 Looking at the eyebolt assembly through the lid. 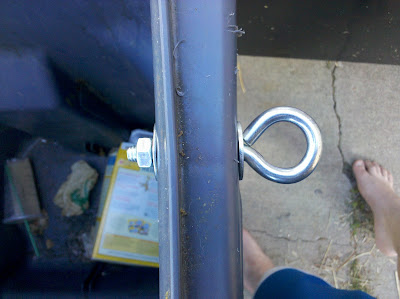 Looking at the eyebolt assembly on the other side of the can. 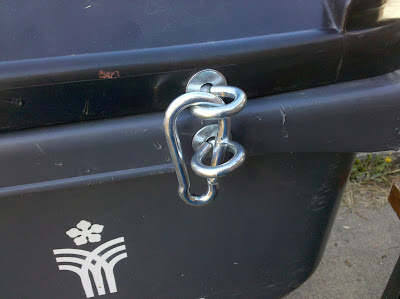 Locking the eyebolts together with the carabiner.


Here's what I used overall for parts:


It cost about $12 from Home Depot - all standard parts. I took me about 5-10 minutes to assemble everything.

Everything went together well. In terms of what I might have done differently:
I think in the end it worked out exactly as I had hoped/planned. Looking back I'd say I felt this was a 9/10.
Posted by Unknown at 10:28 AM